The original suite of period rooms in the French Style was the essence of Bergdorfs, but was disjointed by inconsistencies in design. MNA, in collaboration with Bergdorfs, made unified the rooms by studying, editing and restoring the original plasterwork walls and ceilings throughout with lighter, more consistent and appropriate pastoral motifs. To connect the spaces, openings between rooms were aligned and centered on a newly opened window facing the Grand Army Plaza and Central Park. _ “We envision the new Main Floor to be a timeless and lasting design, an experience which is historically sensitive, yet modern and fresh… We sought a design that could become both iconic and proprietary to our one and only store in the world”_
-Linda Fargo, Senior Vice President of Bergdorf Goodman

In keeping with the times, Schulman noted, “We think this is going to become one of the great Instagram sites in New York City”. 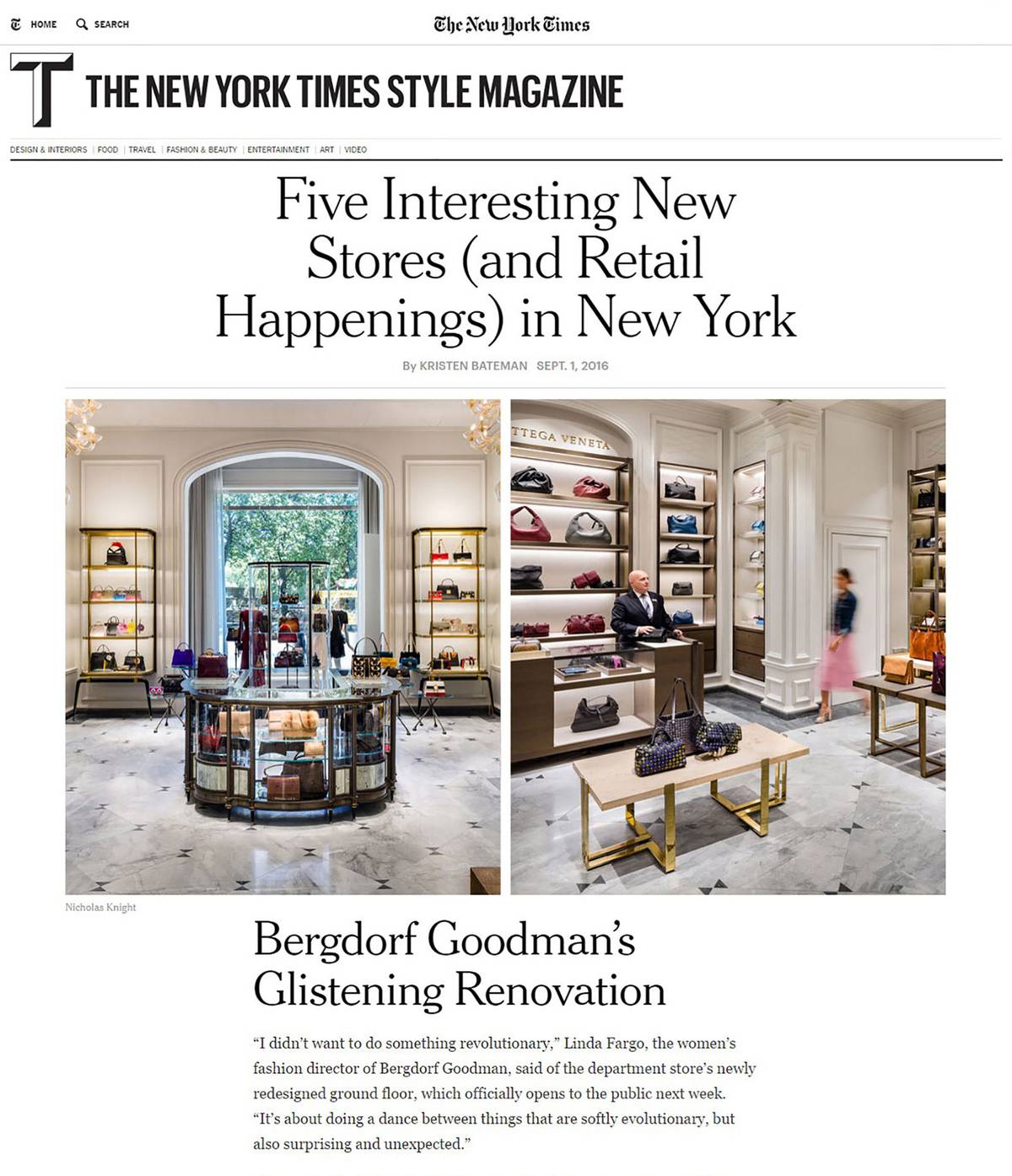 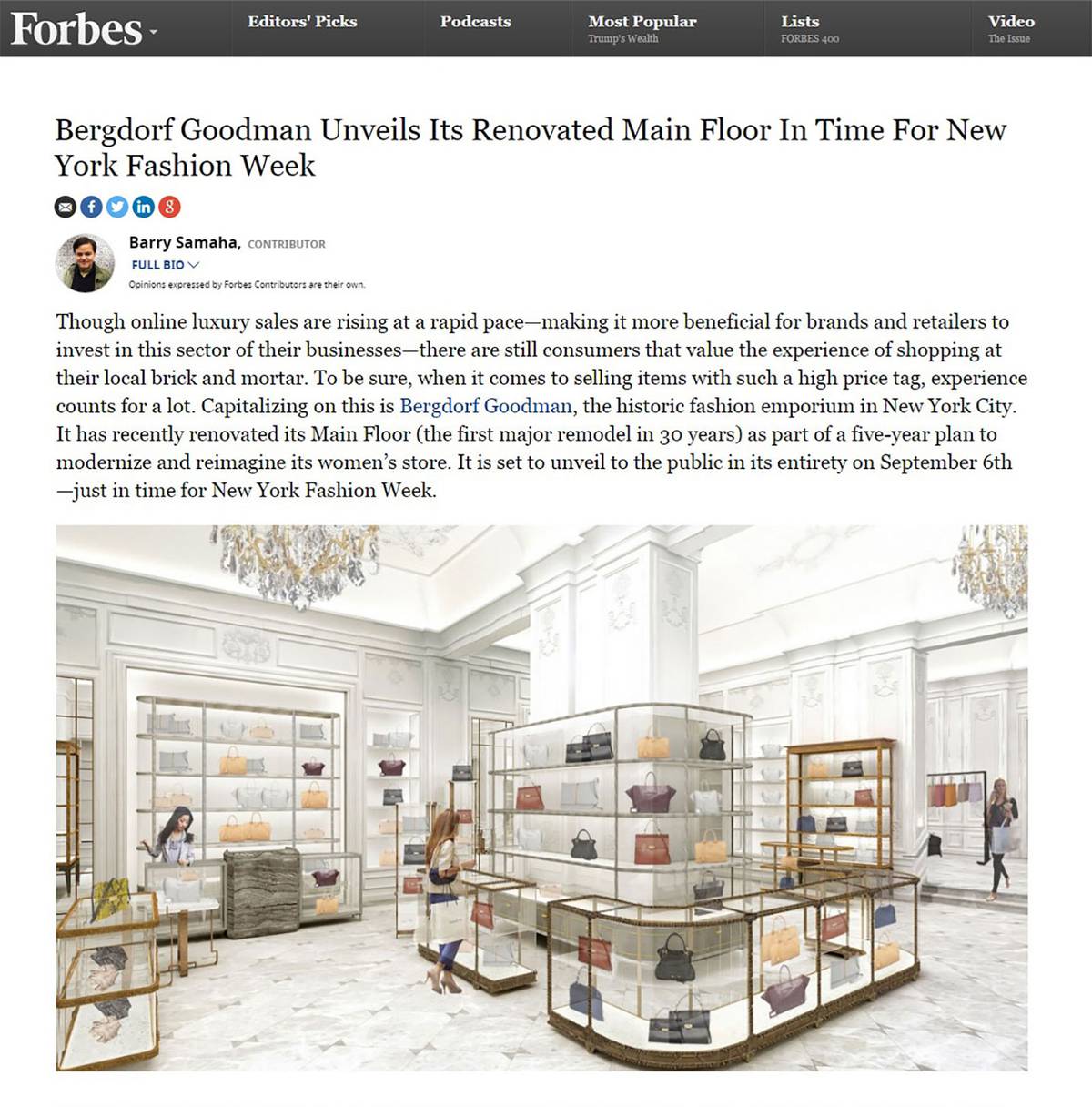 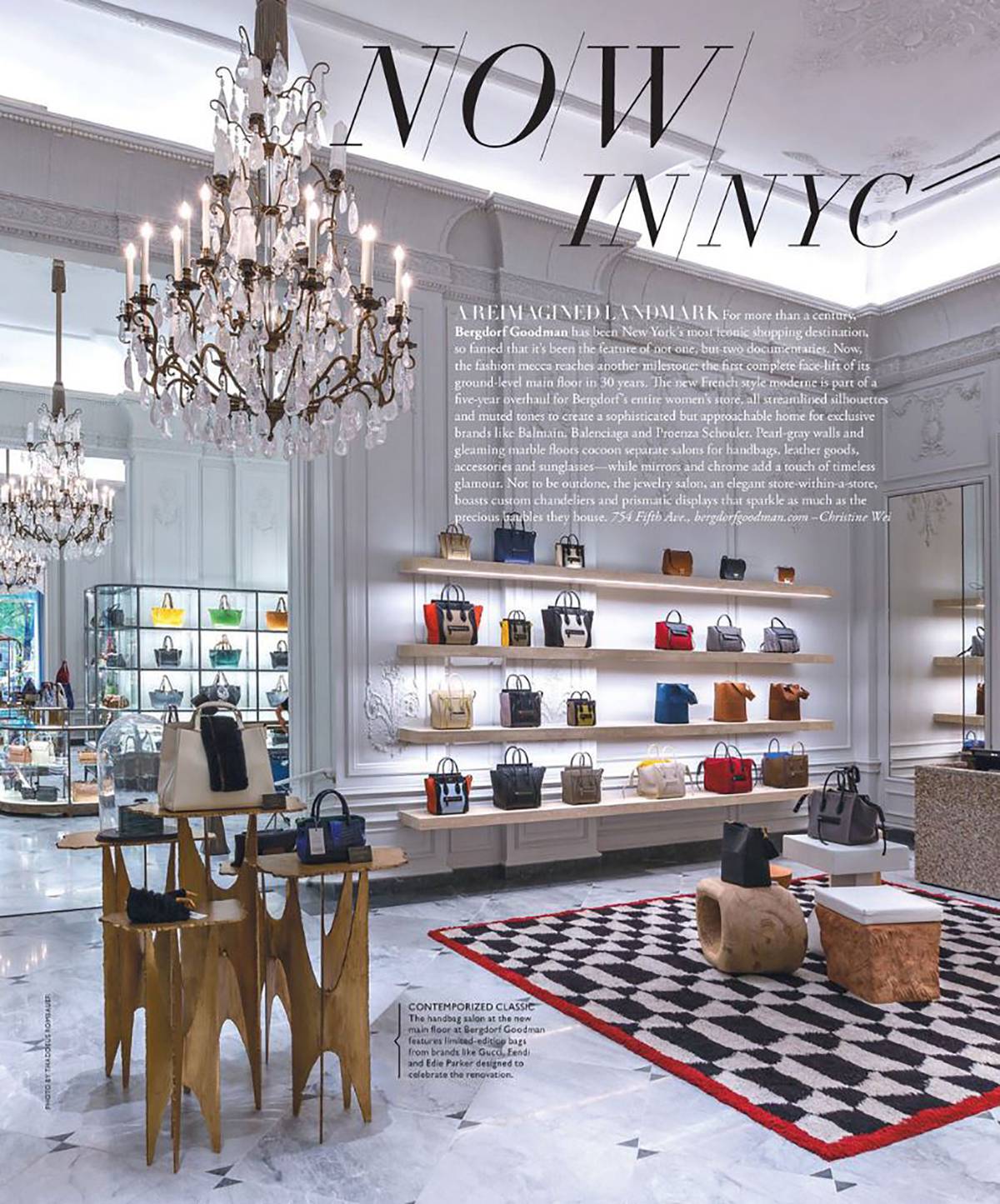 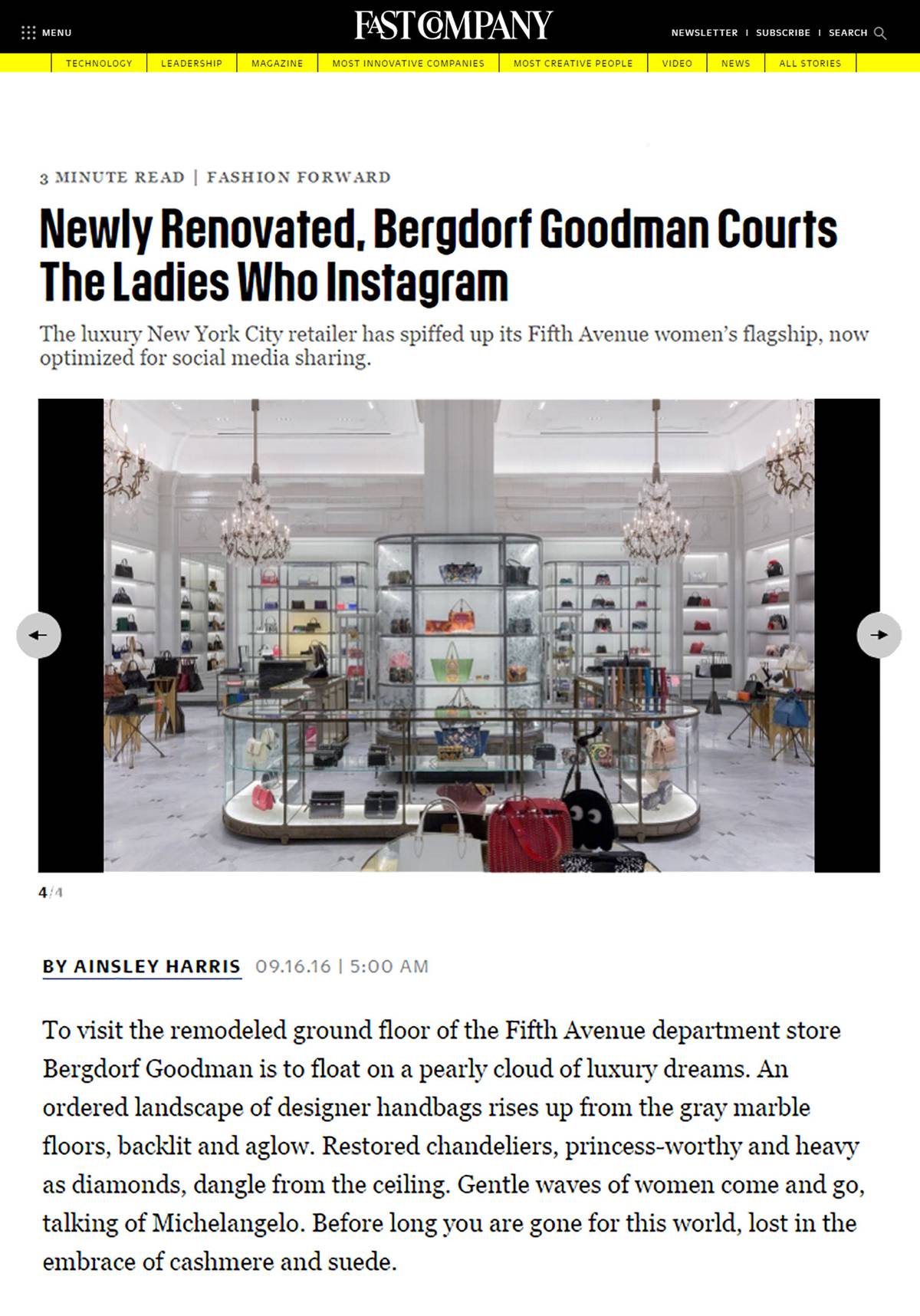